Home » Buying in France » Now Brexit Has Happened – Where Do We Stand In France? Part Two 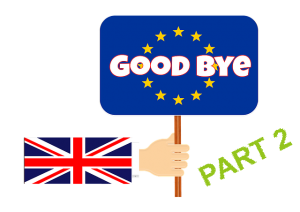 As the full ramifications of Brexit are beginning to set in, let’s take a look at some basics for anyone looking to buy property in France, either to live in full time or as a second home. In this second part of a two-part article, we’ll explore issues around driving licences, pet passports, health care, phones and roaming charges, getting British television, and buying and importing British products in France.

Read part 1 of this article here.

The good news is that the French government has stated that UK driving licences will remain valid in France until 31st Dec 2021, so everyone has until then to make an online application to exchange their UK licences for French ones. From 2022, UK nationals resident in France must either have a French driving licence or proof of their application for one.

However, French authorities are currently not processing driving licence applications for UK nationals until a reciprocal agreement in the UK has been reached. Official websites are stating they are ‘in close contact with the French authorities to confirm future arrangements regarding the exchange and recognition of UK licences in France.’

Once an agreement has been reached, applications can be made on-line at Permis de Conduire, which is part of the ANTS (Agence Nationale des Titres Sécurisés) system.

You will need to supply the following documents, although others may be required:

Note that any medical restrictions you have will also apply in France. 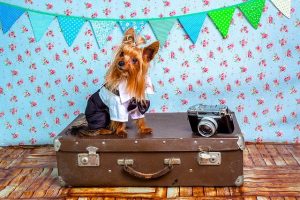 As of 2021, European pet passports are no longer being issued in the UK, but a new Animal Health Certificate (AHC) system is replacing them. AHCs can be issued by any vet, within 10 days of travelling and are valid for four months from the date of issue.

Each AHC is valid for one trip to the EU, so second-home owners in France will need to do this every visit. A single AHC is valid for onward travel in the EU and return travel to the UK, providing the journeys are taken within the four month limit.

The requirements are as follows:

On arrival in France, you will be asked to present the above documents and scan your pet’s microchip.

If you live in France and want to take your pet to the UK, Pet Passports are still valid for pets registered in the EU to enter the UK. However, if the passport was issued in the UK, you will need to change this to a French pet passport at your local vet.

The UK’s European Health Insurance Card (EHIC) has now become the GHIC, or Global Health Insurance Card, which offers the same rights to essential or emergency healthcare while travelling throughout the EU, and so is suitable for second-home owners in France. Anyone currently holding a valid EHIC can continue to use it until it expires, and then apply online for a GHIC.

Anyone moving to France on a permanent basis will need to register with the French health care system through the website Ameli (l’Assurance Maladie En Ligne). 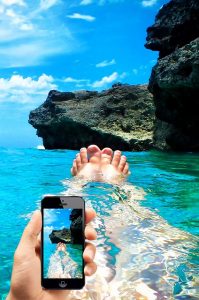 The British government is advising travellers heading to France or any EU countries to check their mobile phone provider’s roaming charges, because the UK’s trade deal with the EU does not stipulate that the ban on additional roaming charges will continue. Both sides, however, will encourage operators to have ‘transparent and reasonable rates’ for roaming.

The good news is that the biggest UK operators have said they have no current plans to reintroduce roaming charges, but some customers are being warned that they will be charged extra should they spend more than half their time overseas.

The British government has already passed legislation that will provide some safeguards for consumers:

Late last year, UK media outlets warned British residents in the EU that British TV and video-on-demand providers would no longer be able to offer their services across Europe without relocating parts of their businesses to an EU member state. However, this appears not to have transpired, with viewers in France still able to sign up to streaming services such as BBC iPlayer, ITV Hub and SkyGo.

One anticipated change, however, is that British Netflix or Amazon Prime users visiting France may find they can only access the French libraries, because Britain has now left the Digital Single Market, which allowed viewers to watch their own country’s library throughout the EU.

According to the government’s guidance, content service providers will no longer be required to make the home-country content available to customers temporarily in Europe, but can still offer it ‘on a voluntary basis’. 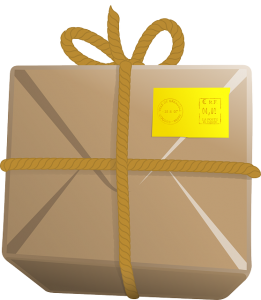 There has been much written in the press in the last few weeks about sudden import duties on goods bought from the EU and shipped to Britain, and of the 68% decline of British exports to the EU, with British food shops in France not receiving shipments since the start of the year.

So what is the position for a consumer in France used to buying and sending goods freely between the UK and France?

When sending parcels from the UK to France, even private individuals must now complete and attach a customs declaration (CN22 or CN23), available from the Post Office or Royal Mail’s Click&Drop. The customs declaration should state the contents and value of each item, regardless of whether it’s new, second-hand or personal effects. An 8 digit HS Code (also known as a commodity code or tariff code) is also required.

The recipient may then have to pay customs or VAT charges and a handling fee before they can claim the parcel. These charges will depend on the recipient’s country, the value of the item and whether it is a gift or commercial goods.

Similarly, customs forms are now required when sending parcels from France to the UK – a new formality which has led to La Poste temporarily cancelling online parcel options for the UK.

Clearly this is a developing situation which will hopefully get simplified or resolved in the near future.

Brexit was never going to be easy, but living in France is still well worth the effort. Don’t let a few Brexit complications deter you from buying your dream home in France!