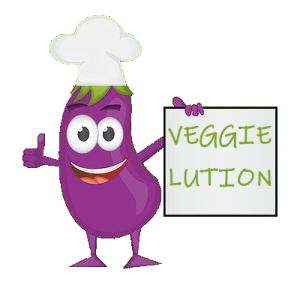 World-renowned for its fine cuisine of rare steaks, hearty chicken casseroles, creamy sauces and rich desserts, France used to be a tricky destination for vegetarians, and with its seemingly endless varieties of cheese, even more so for vegans. But for anyone who’s discounted moving to France on the grounds of its animal-based cuisine, there’s good news. These days, France is undergoing a revolution, with more restaurants catering to both vegetarian and vegan diets, French schools offering at least one meat-free meal per week, and vegan restaurants even drawing attention from the prestigious Michelin guide.

So is France’s veggie-lution here to stay, or is it just a flash in the pan?

To reflect this growing trend, in a two year-long experiment, schools in France are now required to offer a vegetarian menu at least once a week, and data will be collected to evaluate the impact made on food waste, the cost of meals and the number of pupils who take up the scheme.

The listings website Happy Cow, whose users rate their favourite vegetarian and vegan restaurants, restaurants that serve vegetarian dishes, and organic health food shops from around the world, has some 3,800 distinct entries in France. Many of these restaurants are international, mainly from Asia, North Africa or the Middle East, where specialities such as hummus and falafel are naturally vegan, but there are still an impressive number of veggie and vegan restaurants listed, and this is clearly a growing market. 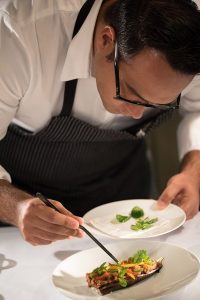 Paris, France’s cosmopolitan capital, naturally leads the way, with some 400 veggie-friendly restaurants listed. Many are smaller, independent cafés and juice bars, or specialise in international cuisine which, as mentioned above, offers naturally vegan options.

Surprisingly, however, some of the finest restaurants in Paris are changing their ways – Michelin-starred chef Alain Ducasse has removed red meat and poultry from his tasting menus, and turned instead to spinach, leeks, truffles and nuts as alternatives.

“It was the most difficult thing I have ever done,” he told Vogue magazine in a 2017 interview. “Animal fat is already so filled with flavour that you don’t have to do much to make it delicious, but vegetables, they have to have love and attention if they are going to be the star of your plate. Vegetables do not start sexy, they require work to become that way.”

Following his lead, other star chefs have now turned to more plant-based cuisine, as have smaller brasseries and bistros.

Alain Ducasse au Plaza Athénée: one of the most beautiful dining rooms in Paris and his flagship restaurant, which now offers dishes based on fish, cereals and vegetables.

L’Arpège: one of the most expensive vegetarian restaurants in the world; its tasting menu presents a dozen courses that change according to the seasons.

And The Rest of France?

There are some 1,300 listed restaurants in France that are 100 percent vegetarian and vegan, with plenty of others offering vegetarian options among their regular meat and fish dishes. Here, we’ll take a look at how the rest of the country fares.

The star in this huge region is, of course, Lyon, France’s undisputed culinary capital. Its traditional specialities include the Andouillette sausage, made of coarsely cut tripe, the Rosette de Lyon, made of cured pork and Rillettes, a type of shredded meat paté, using pork, goose, duck, chicken or rabbit. Yet despite this heavy meat-influenced culinary backdrop, France’s third city now boasts some ten vegan restaurants and a further ten vegetarian restaurants, with plenty more serving veggie options.

Elsewhere in the region, Grenoble, the capital of the Alps and important scientific research centre, has four veggie and one vegan restaurant.

You’d expect this new super-region to be ahead of the times. After the Ile de France, it’s the premier French region for research and innovation, boasting five universities and several Grandes Ecoles. Yet many of its departments have their culinary roots steeped in duck and goose, with specialities ranging from Confit de Canard to a variety of terrines and patés, and of course, foie gras. 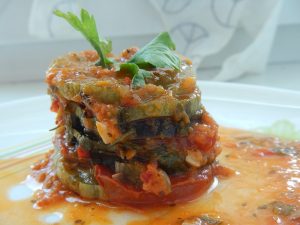 Arguably this is the best of all regions for vegetarians, given that its local cuisine is already largely based on plant-based produce, from Provençal olives and olive oil, to Herbes de Provence, Pistou, or pesto sauce, and of course Ratatouille, with its combination of aubergines, courgettes and peppers in a herby, tomato sauce.

With all its fresh seafood on offer, including of course the traditional thick fish soup Bouillabaise, it’s interesting to see that the bustling port city of Marseille now has 14 veg-friendly restaurants, of which six are full-on vegan. Aix-en-Provence, city of a thousand fountains, boasts some twenty veggie and vegan-friendly restaurants, while Avignon, well known for its annual contemporary performing arts festival, has 15. Unsurprisingly, Nice, one of France’s most cosmopolitan cities, has some 36 restaurants, of which 9 are vegan, including the Michelin-acclaimed Vegan Gorilla.

Vegan Gorilla, Nice: awarded a Michelin Bib Gourmande in 2019, which signifies a restaurant delivering a high quality dining experience at a reasonable price.

Loving Hut, Menton: serves a wide range of vegetarian classics and Asian fusion dishes, and was recently voted the vegetarian ‘hot tip’ by readers of The Guardian, in particular for its sea view and relaxed atmosphere.

Graze, Antibes: Californian cuisine and casual dining, its plant-based menu offers Mexican, noodles and southern USA dishes as well as curries and a range of smoothies and juices.

In the region known as the home of the Cassoulet, made of spicy sausage, duck confit, pork and white beans, you’ll need to head to Toulouse for most plant-based options. Being a major university city, it boasts some 48 such restaurants, of which six are fully vegan, and eight are vegetarian, and there are plenty of others offering veggie options, ranging from wraps to raw food, Moroccan to Indian and Vietnamese.

Traditionally, the Languedoc region is known for its high quality Roquefort cheese, made from sheep’s milk. In this area, veggies and vegans are better off turning to the coast, where in
Montpellier there are around 27 veggie-friendly restaurants, of which five are vegetarian and one is full-on vegan. Perpignan, former capital of the kingdom of Majorca, has some 11 to choose from, of which three are full-on vegan, and include a juice and smoothie bar that sells shakes using almond milk.

Brittany is the home of the pancake, both the savoury variety, galettes, which are filled with ham, cheese and a fried egg, and the sweet, or crèpes, eaten with sugar, lemon and butter, so it’s hardly surprising that there’s less choice for vegans here. But head to its capital Rennes and there are some 20 veggie and vegan-friendly international restaurants, ranging from Vietnamese and Thai to Lebanese. The port city of Brest has nine restaurant options, including one full-on vegan, and five health food shops. In rustic Quimper, capital of the Finistère department, you can find four vegan and veggie friendly restaurants, and several health shops.

Normandy is the dream destination for seafood-lovers, particularly oysters and mussels, and both Camembert and Coulommiers cheeses originate here. Perhaps it’s unsurprising that vegetarians need to turn to Caen, the prefecture of Calvados, which has some thirteen veggie-friendly restaurants, including three full-on vegan. 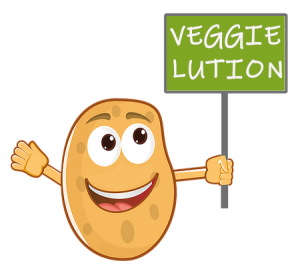 While some regions still have a way to go, it seems that France, for all its pride in its fine cuisine and much-cherished agricultural traditions, is starting to embrace a more plant-based diet.