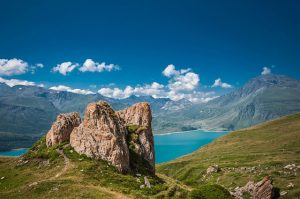 National parks are a great source of pride among the French, with millions visiting them every year for their holidays. This makes them ideal locations for anyone thinking about setting up a gite or holiday rental business, or, of course, for anyone who just loves to be out in nature. So what is a national park, how are they created, and where are they?

Almost 10% of France’s stunning and varied scenery is protected by the Parcs Nationaux de France, a body which promotes them, while protecting their cultural heritage, landscapes and plant and animal species.

The first national park, Vanoise, was established in 1963 and the most recent, Forêts in 2019. They are created by decree signed by the Prime Minister and published in the Journal Officiel de la République Française. Open to all, these parks draw over 8.5 million visitors a year, and offer a wide range of activities, in particular incredible hiking trails and cycling routes.

Just a short drive south-east of Marseille, this 520km² protected marine park covers a craggy and wild limestone and sandstone coastal stretch, of which just one-sixth is on land. Calanques is the French for coves, and many are only accessible by boat. Species here include leaf-toed geckos, lizards and 13 types of bat, and at sea, bottlenose dolphins, loggerhead sea turtles and fin whales can be seen in the waters off Cassis.

Amidst unspoiled river gorges and rolling mountain landscapes dotted with villages, this UNESCO world heritage site has the highest concentration of hiking trails in France, the most famous of which is the Stevenson Trail, which follows in the footsteps of author Robert Louis Stevenson, who trekked there in 1878, recounting the journey in his travelogue, Travels with a Donkey in the Cévennes.

Today, its core zone is only available for off-road, horseback riding and hiking, with vegetation varying from sub-alpine meadows with grazing sheep and cattle to peatlands and rocky wastelands, and subtropical vegetation, as well as beech, chestnut and oak forests. At 937km² this is the largest protected area of southern France, home to almost a hundred endemic plant species.

At 925km², this park occupies the triangle of mountains, lakes and glaciers between Gap, Briançon and Grenoble, and is home to Barre des Écrins, the second-highest mountain in France after Mont Blanc. In winter, Les Deux Alpes is one of Europe’s chicest ski resorts, but in summer, there are 700km of marked hiking trails through lovely wild flower meadows, and this is widely considered the prettiest of France’s national parks.

France’s newest national park, established in 2019, is located just a three-hour drive from Paris. At 560km² it provides refuge to a staggering 50 million trees, of which some 80 percent were standing during the French Revolution. The park also protects a number of rare flower species, including the sabot-de-vénus orchid, as well as black storks, wild boar, wild cats and deer. The park’s charter includes a plan for local economic development focused on ecotourism and forestry research, and its aim is to become a model of sustainable tourism.

In its central, heavily protected core, only hiking is allowed, but in the peripheral area of mountain villages it’s possible to go biking and hang-gliding as well. What makes the Mercantour really stand out, however, is its Vallée des Merveilles, containing 36,000 prehistoric rock and cave carvings, as well as its 15th-century chapels with elaborate bestiary-inspired frescoes.

Tucked away between Marseille and Saint Tropez, the Mediterranean island of Port-Cros is the first national marine park created in Europe, in 1963, with the aim of protecting marine biodiversity. Some two million visitors arrive each year to hike its 51 km of trails along rocky coasts, steep cliffs, sandy beaches and forests of green oaks. It’s home to a wide selection of Mediterranean plants, pines and algae, as well as some 144 species of birds and 180 species of fish.

Straddling the French and Spanish border, the Pyrénées National Park (458km²) boasts emerald mountains, turquoise lakes, beech and poplar forests and tumbling waterfalls, the prettiest of which is the Cirque de Gavarnie, with an almost perpetually spring-like climate.

The narrow-gauge Train d’Artouste travels a vertiginous 10 km between the summit of La Sagette to Lake Artouste, providing amazing views of the massif and its valleys, and there are hundreds of nature trails home to Pyrenean frogs, minks and even bears. This national park also contains the pilgrimage town of Lourdes, as well as numerous castles and mountain villages. 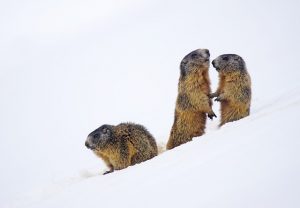 The oldest and largest of France’s mainland national parks, the Vanoise is in the French Alps and continues over the Italian border where it becomes the Gran Paradiso national park. Together, they make one of the largest alpine national parks in the world.

Hundreds of trails venture around mountains reaching over 3,000 m high, home to marmots, lynx, wolves, chamois and ibex. Surrounded by the prestigious ski-resorts of Courchevel and Val-d’Isère, this park offers stunning glaciers and mountain lakes, and is perfect for mountain biking and trekking in summer and cross-country skiing in winter.

Created between local authorities and the government, Natural Regional Parks cover inhabited rural areas of outstanding beauty, with the aim of protecting their scenery and heritage, setting up sustainable economic development and fostering ecological research programmes.

There are some 50 PNRs in France – too many to mention here – but the following are ten of the best:

Brittany’s only regional natural park stretches between the coast and hilly countryside, with moors, marshes and three tiny islands providing excellent birdwatching. Its Crozon peninsula is perfect for a windy walk and boasts a spectacular megalithic site of 87 menhirs, or standing stones, of the Lagatjar alignment.

With its dramatic landscape of craters and conical peaks, Europe’s largest regional park is a photographer’s paradise, with some 80 extinct volcanoes, as well as streams, pools, glaciers, hot springs and the steep-sided Massif du Sancy, as well as over 1,000 different animal species. At the volcano-inspired Vulcania theme park, enjoy vertical-drop rides and practical science demonstrations. 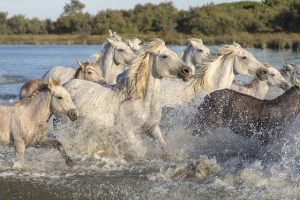 Among France’s most famous parks, the Camargue is unique for its salt and reed marshes, marine lagoons, and hundreds of channels and sand islands. Pink flamingos, egrets and numerous waterfowl nest here, but the biggest draw is its famous white horses, not found anywhere else in Europe. Activities include bird-watching, horse riding, pony-trekking, hiking, cycling and riverboat trips.

Between Toulouse and Montpellier, this vast park has seven unique environmental zones, and is home to some 247 bird species and mouflon wild sheep, which were reintroduced from Corsica. As the connecting link between the hot south and cooler northern regions, it boasts a variety of landscapes, including forests, vineyards, garrigue scrubland, valleys and granite massifs. Nature activities here include hiking, cycling, horse-riding, rock climbing, fishing and water sports in its lakes and rivers.

One of France’s best-kept secrets, this is probably France’s most important lake reserve, with nearly 1400 ancient water bodies linked by canals and channels. Its wild countryside comprises lakes and ponds, marshland, reed beds, moors, prairies and woods that are home to some 2,300 animal and 1,200 plant specie.

Freshwater from the River Leyre merges with seawater from the Arcachon basin to produce marshlands inhabited by unusually large dragonflies, eels, otters and terrapins. The park has a huge pine forest and eco-museum, as well as Le Teich, France’s premier bird park, with more than 320 species including greylag geese, spoonbills, godwits and pintails.

Two hours’ drive from Paris, the vast woodlands, wetlands and meadows of Le Perche boast some of the most beautiful oak forests in France, as well as pigeon lofts, windmills, abbeys and manor houses, of which the 15th-century Courboyer Manor is open to the public. Rare black storks, herons and cranes balance in the park’s many lakes but Le Perche is best known for its horses, with more than 30 riding schools.

Wildly beautiful, this UNESCO-listed nature reserve, sometimes called the Provenzal Colorado, has hiking trails and walking paths that connect its picturesque villages, many of which are listed among the Plus Beaux Villages de France, with views of vineyards, olive groves and the renowned red or ochre-coloured Luberon rocks. There are several hundred-year old chapels and pre-historic caves en route.

Located between Briancon and the Italian border, this park offers alpine nature set in a Mediterranean climate, with dense forests, gorges, mountain lakes and green meadows, and is a unique area for chamois, marmots, hares and partridges. Visitors can hike, cycle or ride on horseback, and there are numerous picturesque villages to see, including the listed Saint-Véran. 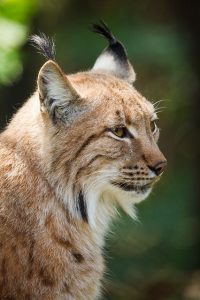 This UNESCO-listed park offers picture-perfect countryside, with vine-covered hills studded with fairy-tale villages and hamlets. Grouped into three main areas, the forest massif, the Lorrain plateau and the Piedmont, it forms a triangle between Bitche, Saverne and Wissembourg. It is 65% forested with abundant wildlife, including chamois and stags, deer, boar, hazel grouse and lynx.

France’s parks are much loved, and as such make ideal places in which to create gites and holiday rentals, but for nature-lovers looking to immerse themselves in some of the most unspoilt regions in the country, they’re wonderful at any time of year. 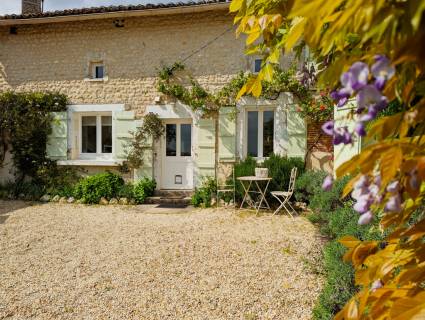