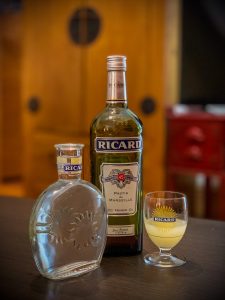 Many of us dream of moving to rural France, inspired perhaps by the books of Peter Mayle or films like Chocolat. The fantasy of spending days sipping coffees at pavement cafés, picking up fresh vegetables in cobbled street markets and enjoying a pastis as the sun sets is certainly an alluring one.

While a slower pace of life is welcome during a two-week holiday, how does it work in the long term? When you’re trying to set up a new home and get things done, does the laid-back lifestyle of the countryside begin to grate? What other quirks of country life might trip the unsuspecting newcomer up?

The first surprise to rural life might even be your address, with potential disagreements with the utilities companies as to what it actually is. Some expats report being told in no uncertain terms by their electricity supplier that, instead of being on a Chemin, or lane, as signposted, they were apparently in a Quartier. Happily, the post office seems to be flexible.

If you have ever wondered why your house is number 1150 but your nearest neighbour is 1126, for example, the answer is straightforward – to an extent. Your house number is based on the number of metres you are from the end of the road, which of course makes perfect, logical sense – only which end?

Another surprise a city dweller might have in store is when shopping. Used to rushing around, efficiently buying their wares, they’ll find the pace in rural France, where villagers might know each other since childhood, entirely different. No matter how many people are waiting in your village local, if the shopkeeper and a customer want to chat, then chat they will.

You may find yourself having to wait while the grocer painstakingly wraps a slice of ham around a breadstick to give to a small child, or while clumps of fresh herbs are sought out and gifted to a grateful customer. Shopping in rural France is not just a necessity, it’s a valuable social activity, too. Just remember to allow plenty of time for it. 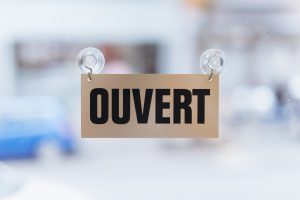 If the shops are open, that is. Coming from the UK, when most food shops are open all day and often well into the evenings, shopping hours in rural France may come as a shock – despite having greatly improved over the years. In winters, expect some shops to close at 12:30 and only to reopen at 16:00, while Sunday openings are a relatively recent thing.

The larger supermarkets are now staying open ‘non-stop’, but if it’s an independent shop you’re visiting – even a large brico, or hardware shop, check the hours first. The same goes for your bank, some of which may close as early as 12:15, and reopen at the somewhat obscure time of 13:35.

Don’t forget Mondays, either, when many shops will stay closed all day, as well as Wednesday afternoons.

The key is to think – and then act – like a local, who likes to get up early, head to the bakery to buy a fresh baguette or two, and then maybe stop off for a coffee and a chat. They’re ready for lunch at 12:00, followed by a siesta, before perhaps venturing out again after 16:00. Local shopping hours fall in with this routine – but don’t worry, they are beginning to change.

Likewise, going out to lunch involves paying attention to local hours, with many restaurant kitchens closing as early as 13:15. Remember, the French aim to have lunch at 12:00, and it tends to be a quick, efficient affair, involving a formule, or daily special, followed by coffee. This means that many restaurants fall quiet by 14:00, with luxuriously lengthy lunches reserved as a Sunday treat. 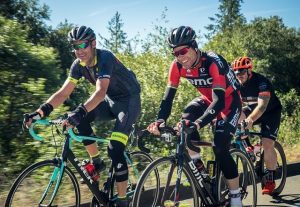 If you’re living in a beautiful rural location, the chances are your roads will be filled with cyclists. They may slow you down, but must be treated with respect – cycling is France’s national sport, after all, and it is the aim of many French men to retire early and take it up. Local clubs all have rides on Sunday mornings, so try to put off your country drive until after midday.

If you’re in a hilly area with narrow, twisty roads, the general rule is to give access to the cars going uphill, unless there’s an obvious passing space for them to squeeze into. Even then, some drivers (usually the older ones) will still expect you to make way for them, no matter how tricky that might be. If you live in a hilly area, you may well find your reversing skills becoming seriously honed.

For more information on cycling in France 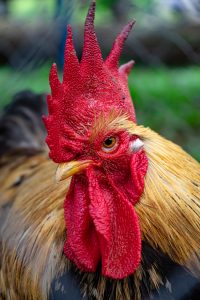 Many will have heard the story of Maurice the noisy rooster on the Île d’Oléron in western France, whose dawn calling irritated the neighbours so much they took his owners to court. They lost, and Maurice was free to crow away at dawn for the rest of his life, but the case, where the plaintiffs’ property was a holiday home, was very much seen as a clash between town and country. There is now talk of a ‘Maurice Law’ to protect all kinds of rural noises, from geese to church bells. Complain at your peril!

Two more things may irritate, but there’s not much to be done about either. You may find in spring, on the first glorious day of sunshine after weeks of rain, when all you want to do is enjoy your lunch outside – all your neighbours will light bonfires and burn up their winter debris.

The use of domestic bonfires is generally outlawed, but each department has its own regulations, meaning that throughout France, the ban may apply at different times of the year and hours of the day. In some areas, the burning of garden waste may only be permitted in the winter months, but the only way to find out the rules in your area is to enquire with your local mairie. 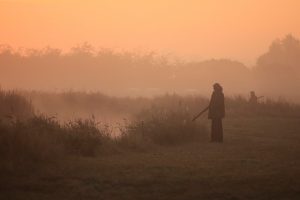 Likewise, you may be walking your dog or out for a pleasant bike ride when you are startled by gun shots – hunting, or la chasse, is part and parcel of French country life, even if the season, roughly between September and February, is a time many come to dread.

With over one million, mostly men over 45, holding a hunting licence, hunting isn’t going anywhere, and is just something you have to get used to. La Chasse can take place on any day of the week, but Sundays and Wednesday afternoons are particularly popular, as are the hours of dawn and dusk. If you are going out, make sure to wear bright clothing, stick to official cycling and hiking routes, and stay alert.

Life in a rural village tends to be friendly, with everyone, including children, wishing you a polite ‘Bonjour’ in the morning. In the afternoon, however, the greeting becomes more confused. You’ll rarely hear ‘Bon après-midi’ – this is the reserve of shopkeepers as you leave. Instead, Bonjour is used in the early hours of the afternoon, but at some point it becomes Bonsoir – it’s just that no-one can seem to agree when.

You might greet one person with Bonjour, and find yourself being wished a Bonsoir back. You then greet the next person with Bonsoir, only to be greeted Bonjour in return.

Maybe there are no rules? And let’s face it, does it really matter? The key to enjoying rural French life is to slow down, appreciate the social aspect of every day activities, and to become a willing participant in it all. Consider living in rural France as a privilege, whose benefits more than outweigh any drawbacks.

Rural properties for sale in France