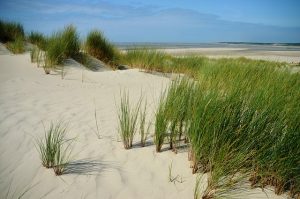 For anyone looking to buy property in France who will need to return to the UK fairly frequently, proximity to the Channel Tunnel and the ports of Calais and Boulogne are likely to be a major consideration. Most holiday-makers tend to arrive at either port and drive through the Nord-Pas-de-Calais region towards their destinations, but in doing so they are missing out on a beautiful and varied area, loved by many British home-owners. Property in the Nord-Pas-de-Calais (like here) represents very good value for money. There are some cheap french properties to be snapped up.

The Nord-Pas-de-Calais region combines two departments, Nord and Pas-de-Calais, and is situated at the northernmost part of France, on the border with Belgium. The area is known for its beautiful beaches on the Cote d’Opale, or Opal coast, but it’s also home to the Somme battlefields and many war cemeteries, as well as beautiful forested scenery and several natural parks.

Principal cities and towns in this area are Lille, Arras, Cambrai and Valenciennes. Many British expats have chosen to live in this area, notably in and around the medieval town of Hesdin, enjoying its proximity to lovely coastal towns and beaches, the beautiful countryside and villages, and the untouched forest that surrounds the area. There is also the access to the Somme and all its historic importance, and of course the ease of driving to and from the UK.

The Opal Coast stretches from Berck-sur-Mer to Bray-Dunes, on the Belgian border, and has sandy beaches, dunes, cliffs and wild coasts. There are also many lovely seaside resorts, such as Le Touquet-Paris-Plage, Wimereux, Wissant, Hardelot-Plage and Malo-les-Bains.

A major reason to visit the Nord-Pas-de-Calais is to see the WWI battlefields and cemeteries, in particular the Somme battlefields between Amiens and Lille. Four different Remembrance Trails have been created, each covering a different aspect of events, such as the War Front and the Post-War reconstruction. At the northern edge of the region is Dunkerque, the site of the largest ever sea evacuation, that of the Allied armies in May and June of 1940.

Hesdin – A Popular Town with Expats 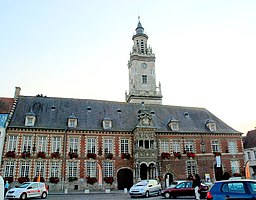 During the Hundred Years War, the great battles of Agincourt and Crecy took place near the medieval town of Hesdin, in Pas-de-Calais. In 2014 the town attracted attention for electing France’s youngest mayor, 22-year-old law student, Stéphane Sieczkowski-Samier.

Hesdin is dominated by its central square, the Place d’Armes, overlooked by its medieval town hall. Thursday is market day, when a large range of local produce can be found in stalls in the surrounding streets.

Hesdin is also the gateway to the Seven Valleys, a largely forested area of lush green valleys crossed by the River Canche, where canoe trips between Hesdin and Montreuil are a popular summer pastime.

Members of the Facebook group Expat Life in France enthuse about the area. “There are many lovely coastal towns with great beaches, and beautiful countryside with lovely villages”, says Anthony Granville, of Montreuil-sur-Mer. “I think many people overlook this area and always head further south, which is a shame in many ways as you don’t have to travel far out of Calais to experience real French life.’

The town and surrounding villages of Hesdin are a popular choice for French property buyers, Hesdin properties for sale are popular for a number of reasons;

Rob Watson from Grigny, just outside Hesdin agrees. “For me, the location is ideal. A short drive to the Somme, a 30 minute drive to the most beautiful beaches and only an hour from Calais. I nearly forgot the blissfully peaceful forest. One final bonus is that it is a drive away, rather than a flight. This means I can stock up on wine to take back to the UK with no baggage limits!”

Certainly the ease of travelling between the UK and France from this area is important, but so is the lovely village feeling and friendly locals. As Nathalie Davidson says, “I’m just outside Hesdin. Beautiful countryside, not too far to the beach, close enough to Calais that I can shoot back and forth to the UK with ease. I love the village feeling that we have.”

Val Imrie, who’s also just outside Hesdin, feels the same way. “We love the village life and the friendly villagers, the short drive to the beaches. My other half also loves history and the accessibility to the Somme and Belgium. We also like the ease of going back and forth to the UK.”

For Ann Thomas, who lives in the Somme, the area “has an appeal all of its own. The countryside is beautiful, the forests untouched. It suits many British because of its proximity to the UK and family. Abbeville (in neighbouring Picardie) is a lovely city and many of the villages surrounding Hesdin are very nice.”

Key Towns and Cities in Nord-Pas-de-Calais 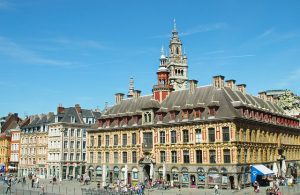 A major city that has reinvented and renovated itself in recent years and has become an important tourist destination. Its Old Town contains 17th and 18th century town houses and squares, and its Palais des Beaux-Arts, or Palace Museum of Fine Arts, is said to be one of France’s most impressive museums.

There are several weekly markets in Lille, including one of the largest food markets in France, the Arts Market for arts, crafts and paintings, and the Lille Christmas market.

To the south of Lille, Arras has a carefully-restored old town centre, dominated by two large open squares: the Grand Place and the Place des Héros, both surrounded by Baroque houses and mansions. Its Carriere Wellington museum is dedicated to the lives of soldiers in the First World War. 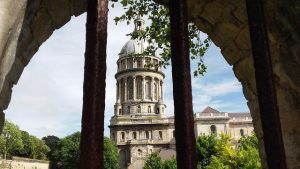 Set on the Opal Coast at the mouth of the River Liane, Boulogne is known for its cross-channel ferry port, but it’s also France’s most important fishing port.

A ‘City of Art and History’, Boulogne-sur-Mer has a beautiful old town, the main focal point of which is the mid-19th century Basilique Notre-Dame, one of the largest domes in Europe. The 13th century castle forms part of the fortifications, and its museum houses an impressive collection of Egyptian artefacts.

Boulogne’s Nausicaa National Sea Centre is one of Europe’s largest aquariums, and a centre of scientific and technical discovery of the marine environment.

Le Touquet-Paris-Plage, to use its full name, is a chic resort on the Opal Coast, popular with both British and Parisian holidaymakers. Many of its early 20th century buildings are well-preserved, among them the town hall and adjacent belfry. With its open gardens, chic boutiques and specialist shops, sea-food restaurants, casinos and sea-related activities, it remains a vibrant and popular seaside resort. 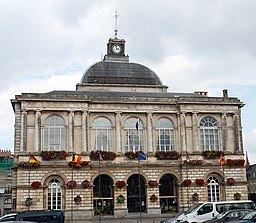 Saint-Omer has an interesting historical centre, with impressive 17th century architecture. Its main square, the Place Foch, is dominated by a neo-classical style town hall. The Hotel Sandelin Museum has an interesting collection of paintings and ceramics and is housed in one of the town’s most outstanding 18th century houses.

The Gothic Cathedral of Notre Dame is one of the region’s most imposing monuments, with
interesting and well-maintained public gardens close by and a section of the city’s original Vauban fortifications.

Officially listed among the 100 ‘most beautiful detours’ in France, Aire-sur-la-Lys has several interesting monuments, with a triangular Grand Place dominated by an early 18th century town hall with an attractive neo-classical facade. Behind is the belfry, built in 1715 and a UNESCO listed World Heritage Site.

Known as La Ville aux Trois Clochers, or City with Three Steeples, Cambrai is a pretty, provincial town, listed as a ‘town of art and history’. Much of the town was destroyed in 1917, and restored again in the 1920s. Among its interesting monuments are two large gateways, the 14th century Porte de Paris and the 17th century Porte de Notre Dame. Housed in an 18th century mansion, its Musée des Beaux-Arts, or fine art museum, is home to collections of archaeology, paintings and sculptures.

A city noted for its culture and creativity, Valenciennes is also the birthplace of many painters, sculptors and architects, including Henri Lemaire, who created the town hall’s striking facade, dating from 1867, as well as the facade of Paris’s Gare du Nord. The impressive Musée des Beaux-Arts contains works by French, Flemish and Dutch masters, and another interesting feature is the 17th century timber-framed Maison d’Espagnol, which now houses the tourist office.

One thing is clear, should you choose to move to Nord-Pas-de-Calais, you will benefit from a stunning coastline, beautiful countryside and several interesting historic towns and cities. As expat Roger Dunger, a retiree who’s lived in the area for almost 14 years, puts it: “We are often asked by local folk, ‘Why did you move to France?’ Our reply is ‘Qualité de vie.’ The point about visitors heading south on the A16, missing some lovely countryside and interesting places is surely accentuated by the wonderful Cote d’Opale. Anyone who has travelled the coast road from Calais to Boulogne will know what I mean.”