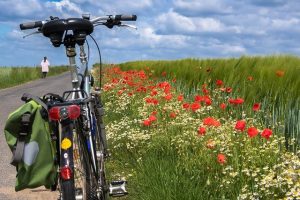 If you enjoy cycling and love to visit France, it’s easy to combine both passions at the same time. Home of the greatest professional tour of them all, the Tour de France, which usually takes place in July, cycling is so revered in France that it is considered the national sport.

For those who’d prefer cycling on a more relaxed level, however, there are as many different types of cycling holidays as there are areas of France, where the emphasis is on sightseeing, gastronomy or wine-tasting.

Here, we’ll take a look at some of the best places for pleasure road cycling, in the Loire Valley, Burgundy, Dordogne and Provence: 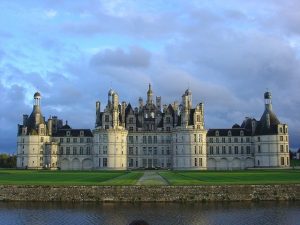 With its stately châteaux, pastoral countryside and idyllic stretches of riverside, the Loire Valley is a UNESCO world heritage site also known as the Cradle of the French and the Garden of France. It provides the perfect backdrop for a relaxed cycling holiday.

The Chateau de Chenonceau, the most famous castle in the region which spans the River Cher
The Chateau de Chambord, a Renaissance extravaganza set in a hunting forest
Amboise, and the Chateau du Close Losé, where Leonardo da Vinci spent the last three years of his life
The Gothic cathedral Notre-Dame de Chartres, which attracts pilgrims and tourists from around the world

Most roads are flat with little traffic, making this area relatively easy for cyclists. There may be some short but steep climbs.

There are five regional types of goat cheese to try, and other specialities include freshwater fish such as pike, perch and bream, often served with a beurre blanc sauce of butter, shallots and vinegar. There is plenty of game in this area, such as duck, quail, pheasant, pigeon, rabbit, venison, wild boar and deer. Wash your meals down with delicious Loire Valley wines such as Loire, Cabernet d’Anjou, Muscadet and Sancerre. 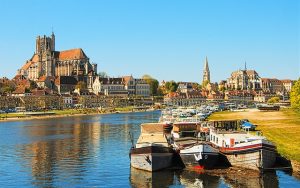 The world-famous wine region of Burgundy is often described as ‘the land of great art and good living’. Burgundy also offers a relaxed pace of life, while the rolling hills of the Yonne area provide several gentle cycling routes.

Authentic medieval chateaux and traditional unspoilt villages
Historic Auxerre, a lovely medieval city
Striking architecture and the magnificent palace of the Dukes of Burgundy in Dijon
The picturesque Canal de Bourgogne
The fortified 15th century Chateauneuf-en-Auxois, which sits fairytale-like on a hilltop

Enjoy the delicious gastronomy of this region, with classic dishes such as Coq au Vin, or chicken simmered in red wine and mushrooms, Boeuf Bourguignon, once considered a peasant dish, and Escargots de Bourgogne, or snails baked in their shells in parsley butter. And don’t miss the region’s incredible Pinot Noir and Chardonnay wines.

The Dordogne – Castles and Caves 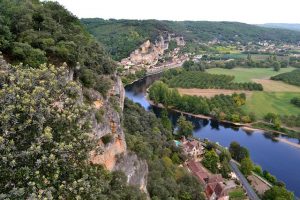 Few regions sum up the attractions of France better than the Dordogne, which is divided in two by the Dordogne River, lined with over a thousand castles on its banks. With its heady history, picturesque villages and prehistoric caves, set in beautiful countryside of rivers and forests, it’s no surprise that the Dordogne is one of the most popular cycling destinations in France.

Picturesque medieval villages like Monpazier, Puy l’Eveque, Belves and St Leon
The decorated caves at Les Eyzies, a UNESCO World Heritage Site
Aubeterre-sur-Dronne, famous for its subterranean monolithic church
The Dronne valley and its island town of Brantôme, known as the ‘petit Venice of the Périgord’
The strongholds of Beynac, Castelnaud, Domme and Montfort
The chateaux of Biron, Bonagueil, Castelnaud and Milandes

In the Dordogne you will find rich and hearty food and world-famous wines. The main specialities are duck, foie gras, prunes, oysters, mushrooms and truffles, which can be enjoyed with Bordeaux, Bergerac, Corrèzes and Saint Emilion wines. 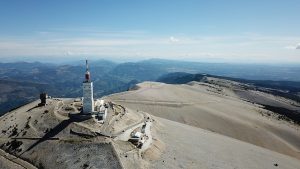 In Provence expect to find tiny hamlets dozing in the summer sun and villages perched above rugged valleys, as well as olive groves, vineyards and lavender fields. In the background looms the perpetually snow-capped Mont Ventoux, or ‘Giant of Provence’, and a regular feature on the Tour de France.

The Roman towns of Vaison-la-Romaine and Orange
The ochre cliffs at Roussillon
Delightful hill towns of the Luberon
The stunning gorges of the River Nesque
Lavender fields of Val de Sault, in bloom between mid June and August
Mont Ventoux, a challenge for any serious cyclist

For any serious and experienced cyclists, the highlight here is Mont Ventoux, but for pleasure cyclists there are many easy routes through orchards, vineyards and olive groves, with less arduous rolling hills.

With all its Mediterranean produce, expect lovely vegetable dishes, such as Ratatouille, a combination of aubergines, courgettes and peppers in a herby, tomato sauce, and Soupe au Pistou, a light soup made of spring vegetables served pistou, or pesto, sauce. For heartier fare, try Daube Provençal, a stew of beef, vegetables, garlic and wine. Delicious served with wines such as Coteaux d’Aix, Cotes de Provence, Cotes du Roussillon, Herault or Minervois.

Cycling is a wonderful way to get to know France’s beautiful villages, stunning countryside and fascinating history. What’s more, it’s great fun, and after a long day’s riding, you can be sure of some delicious food and wine to aid your recovery!