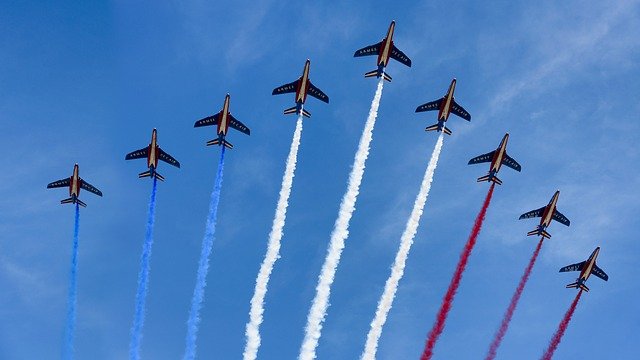 If you are moving to France or plan to travel to the country for a spot of house-hunting, it’s a good idea to get on top of France’s public holidays, of which there are eleven each year. Indeed, for a country that’s proudly secular, France celebrates several Christian holidays that go largely neglected in the UK, such as Ascension and Assumption Days.

Worth knowing is that if a holiday falls over the weekend, unlike in Britain, there’s no Monday compensation – it is what it is! But should a holiday fall on a Tuesday or Thursday, many French will ‘faire le pont’, or make a bridge by taking the corresponding Monday or Friday off, and getting themselves a nice long break.

Calendar of Public Holidays in France 2022

Should you find yourselves in Alsace and Moselle/Lorraine, two additional holidays are celebrated, falling this year on the 15th April, which is Good Friday, and 26th December, which is Boxing Day, or St Stephen’s Day.

29th May (Sunday): Mother’s Day (normally the last Sunday in May)

Let’s look at some of France’s public holidays in more detail.

May Day is known for two separate things in France. As La Fête du Travail, it is a public holiday to campaign for and celebrate workers’ rights, as well as human rights in general, and to highlight current social issues. Yet it is also known as La Fête du Muguet, or festival of lily-of-the-valley flowers.

On May 1st 1561, King Charles IX was presented with a bouquet of lily-of-the-valleys, and liked them so much he decided to present them to the ladies of his court on that day each year. By 1900, it had become custom for men to present lily-of-the-valleys as an expression of affection, and these days little pots of Muguets can be found on sale at florists, roadside stands and in supermarkets.

In France, Charles de Gaulle, the leader of the Free French Forces, announced the official end of World War II, with church bells ringing to communicate and celebrate the message. Between 1945 and 1953, the end of World War II was marked during the feast of St. Joan of Arc on May 16th and the Armistice Day observances on November 11th. On March 20th 1953, May 8th officially became the holiday to mark the end of World War II.

The day is celebrated with parades and church services, patriotic songs and much flag-waving, with other European flags also displayed to emphasize the lasting peace and unity in Europe.

Ascension Day marks Jesus’s ascent into heaven following his crucifixion and resurrection. It takes place 40 days after Easter and ten days before Pentecost Sunday, and is celebrated with special church services.

Known as Lundi de Pentecôte, this public holiday is celebrated the day after Pentecost or Whit Sunday, which marks the Holy Spirit’s descent onto Jesus’s followers. Special church services are held, sometimes involving trumpets to represent the mighty wind that blew as the Holy Spirit descended.

This day is also known as a Day of Solidarity, however, where workers can volunteer to work for free in solidarity with the elderly and disabled, with the proceeds going into a special fund. Yet polls suggest that this concept is largely opposed by workers themselves, making this a public holiday with optional working.

The biggest public holiday of the year, France’s National Day celebrates France and French culture, with many large-scale public events held, including a military parade in Paris.

Bastille Day celebrates the storming of the Bastille, a medieval fortress and prison in Paris, on July 14th in 1789, a pivotal moment during the French Revolution. In 1880, politician Benjamin Raspail proposed that July 14th should become a national holiday and the law was enacted on July 6th of that year.

Expect plenty of large-scale public celebrations, from military and civilian parades to concerts, dances, balls, communal meals and spectacular fireworks displays. The highlight is a large military parade held in Paris, attended by the President, with service men and women participating from various units, including cadets from military schools, the French Navy and the French Foreign Legion. Military aircraft also fly over the parade route during the parade, which ends with the Paris Fire Brigade.

The Feast of the Assumption of Mary (L’Assomption de Marie) celebrates the Catholic belief that the Virgin Mary’s spirit and body was assumed to heaven. Church services are held and some festivals take place, such as parades, markets or communal meals.

La Toussaint is a public holiday to honour the lives of all the saints, as well as a day to remember deceased relatives and loved-ones. Special church services are held, and families visit cemeteries and place flowers, in particular chrysanthemums, on the graves of loved-ones. 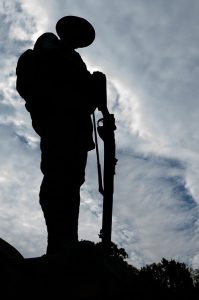 Armistice Day (Armistice de la Première Guerre Mondiale) remembers those who died or were injured in World War I and other wars, and was made a public holiday in France in October 1922.

On November 11th 1920, the body of an unidentified solider from the citadel of Verdun was buried in the Tomb of the Unknown Soldier under the Arc de Triomphe in Paris. This soldier serves as a symbol of all those who died in World War I. An eternal flame was lit on this tomb three years later and still burns today.

On Armistice day, special church services are held to remember those who died in World War I and subsequent wars. Military parades to war memorials and Paris’s Tomb of the Unknown Soldier are also organized. Public figures, including France’s president, lay wreaths and flowers at war memorials.