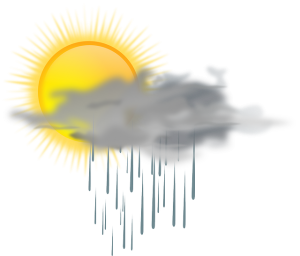 If you are planning on buying your dream home in France and living in it for much of the year, the weather is probably going to play an important part in your decision. Due to France’s greatly varied geography, with its coastlines, mountain ranges and low-lying areas, the climate and weather conditions vary significantly throughout the country – but there are also thousands of microclimates, atypical of the area in general. The best way of finding these out is, of course, to talk to locals, but the following is a general climate overview, that highlights a few of the better-known microclimates.

The distinct climate areas are: 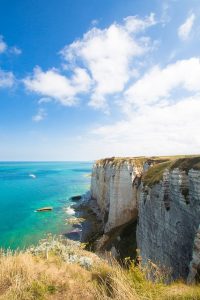 Generally the low-lying north-west coast is affected by weather coming in from the Atlantic, so it enjoys a temperate climate with mild winters, and warm rather than hot summers. Expect moderate rain all year round and somewhat unpredictable weather.

In the north-east, winters can be cold or wet, while summers can be hot and sunny. 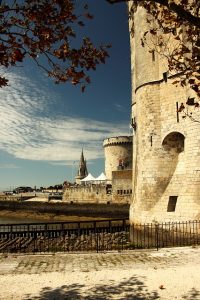 The Charente Maritime and Charente regions, so popular among British expats, have low rainfall and temperate climates, with pleasant temperatures between March and November. Rain can be heavy but is usually short-lived. Winters can briefly get as low as minus 10, but with beautiful sunny days to compensate.

In Central France, where there is no warming effect from the sea, winters tend to be cold and harsh, while summers are hot, and there is less rain than the coastal regions. The southern part, with the exception of the Massif Central mountains, is significantly drier and warmer than the north.

During summer, the upland areas of central southern France are generally warm and sunny, but expect spectacular thunder storms.

The eastern side of France has a more continental climate, and, with the exception of the mountain areas, is generally drier than western France, with colder winters but hotter summers.

In the mountain areas of France, winters are long, cold and snowy. There is less rainfall and a tendency towards summer thunderstorms. As the wet winds come from the west and, to a lesser extent the south, it is the western and southern sides of the mountain ranges that are wetter, particularly in the Massif Central. The Cevennes mountains in the south eastern part of the Massif Central are generally dry, but in spring and autumn can receive deluges of heavy rain if wet air moves up from the Mediterranean. Summers can be hot to even stifling with no cooling effect from the sea.

In the Pyrenees, the north-eastern French side is wetter than the Spanish side due to moist oceanic air blowing from the Atlantic to the Mediterranean. Both the Pyrenees and the Alps get a great deal of sunshine and enjoy pleasant summer weather. 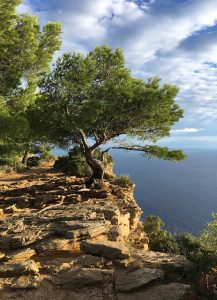 The south of France enjoys a Mediterranean climate that is generally drier than the rest of France, with mild winters and hot summers, especially in the coastal areas that are backed by mountains, sheltering them from northerly winds. The south-east coast enjoys the most days of sunshine each year, with summer extending from late April to October.

The south-west also has mild winters and hot summers, with a fair amount of rain around the Pyrenees, and summer thunderstorms.

The Winds of France

Not only is France geographically and climatically varied, it also has thousands of micro-climates to contend with. When you are looking at buying property in France, be sure ask about the climate, and if you’re in a hilly area, watch the light, and whether you risk losing valuable sunlight in winter.

One of the best ways to discover a region’s microclimates is to take up cycling – it’s cyclists who learn quickly about shady or icy areas, cooler patches and sunny spots – so if all else fails – get on a bike!