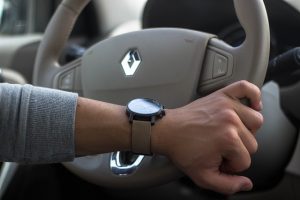 The Hexagon, as the French fondly refer to their country, is a wonderful place for touring, with many diverse regions and landscapes, stunning rivers and lakes, beautiful villages, and, of course, wonderful vineyards. If you’re thinking of buying property in France, the best way to get to know it is simply to get in your car and drive! From wine tours and coastal drives to the historic Route Napoleon, here is a selection of some of the best routes to take. 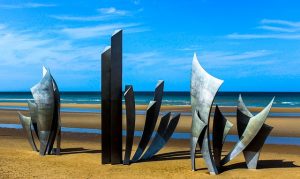 Normandy is perfect for road trips, combining the famous D-Day beaches with colourful harbour towns, with obvious starting points at either Cherbourg, Le Havre or Dieppe. Take in Utah Beach and the Landing Museum, Omaha Beach, its D-Day Museum and the Normandy American Cemetery, and Juno Beach and its Visitor Centre and Memorial. Then travel north-east up the coast to the elegant resort town of Deauville, and on to Honfleur, the picturesque harbour town loved by Claude Monet. North of Le Havre visit Étretat, known for its breathtaking white-cliff walks.

Properties for sale in Lower Normandy

THE LOIRE VALLEY – RIVER AND CHATEAUX 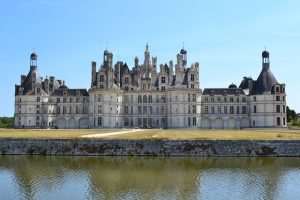 The Loire Valley, which extends from the Atlantic coast to Burgundy in the east, was historically where the French aristocracy would retreat to escape the Parisian heat in the summer.

At over 600 miles long, the Loire River is France’s longest river, flowing through the notable towns of Nantes, Angers, Saumur, Tours and Orleans, with some 300 castles and vineyards to be found on either bank, all accessible on roads that hug the river. A must-see is the Chateau de Chambord, which was commissioned by Francis I and conceived by Leonardo da Vinci – 60 of its 426 rooms are open to visitors.

In Amboise, take in the Royal Chateau with its impressive collection of Gothic and Renaissance furniture, and the Chateau du Clos-Lucé, a former residence of kings, and of Leonardo da Vinci, who spent his last three years there.

Properties for sale in Western Loire 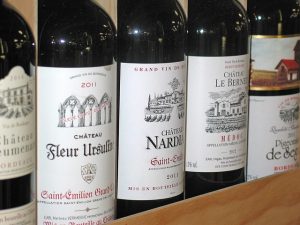 While we would never condone drinking and driving, there are some lovely vineyard tours to be enjoyed around Bordeaux, divided into the Left and Right Banks, which are split by the Gironde river, which is in turn fed by two smaller rivers, the Garonne and the Dordogne.

North of Bordeaux on the left bank are the Medoc and Haut Medoc regions. Known as the Castles Route, the D2 is 86km of stunning landscapes, where beautiful chateaux and eight of the most famous Bordeaux appellations can be found, including Sainte-Estèphe, Pauillac, Saint-Julien and Margaux. Be sure to visit Vertheuil, a few kilometres north-west of Pauillac, which is home to one of the Medoc’s finest architectural highlights, Vertheuil Abbey, and the ruins of a medieval castle.

The right bank is home to the Merlot grapes, and a highlight here is St-Emilion, which is not just a famous wine-producer, it’s also one of France’s loveliest villages, named after the hermit Emilion who settled in a cave there in the 8th century. From St-Emilion, head north-west to Pomerol, which is much smaller but shares its Roman history.

Properties for sale in Aquitaine

France’s beautiful Atlantic coast is made up of hugely varied landscapes, from the salt marshes in the north to pine forests in the south, and boasts an almost unbroken line of beaches – most of which are long and sandy, with large waves coming in from the ocean. From north to south, here are some of the highlights:

La Rochelle, known as the White City, has arcaded walkways, half-timbered houses and several lighthouses that pay tribute to the city’s seafaring heritage. Take a detour to the Île de Ré, one of the most delightful and sun-drenched spots on the west coast, with picture-perfect whitewashed buildings with terracotta roof tiles.

From there, the coast naturally falls into two separate areas, the Medoc peninsula to the north of the Gironde estuary, and the coast between Arcachon and Biarritz to the south.

The quickest way to reach Soulac-sur-Mer on the Medoc peninsula is by ferry from Royan, but it’s worth the effort with four sandy beaches, popular with surfers, that extend over several kilometres, backed by large sand dunes typical of the Landes region. Further south comes Montalivet, with a 12km sandy beach and an extensive daily market.

The next stops south are the smaller and quieter resorts of Hourtin and Carcans, close to France’s largest lake, Lac d’Hourtin, which, being calmer than the sea, is popular with families, and has boating activities and a port.

Lacanau, with 14km of sandy beach, is one of France’s most popular and visited resorts. Stop for oysters at Cap Ferret, on the tip of the peninsula, and visit the many traditional villages in the area, with their distinctive colourful cabins, built in the 19th century by workers in the oyster industry. 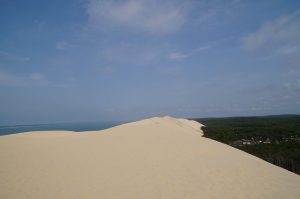 The attractive seaside resort of Arcachon is also famed for its oysters, as well as its beautiful Belle Epoque villas from the 1860s. The beaches here are less exposed to the elements, and so calmer and safer for children. Visit the incredible Dune du Pilat – Europe’s tallest sand dune – at Pyla-sur-Mer.

Next stop south is the popular resort of Biscarrosse, with a 15th century castle and two large leisure lakes popular for watersports. The lovely resorts of Mimizan, Moliets and Hossegor follow, where surfing is the main attraction. At Capbreton, there’s a traditional town centre with a long pedestrianised street, a port with a fish market, and several long beaches.

The lively resort town of Biarritz, the surfing capital of France, became popular in the 18th century when doctors began recommending the sea air to their patients, and by the mid 19th century it was highly fashionable. It has several beaches, lovely walks, market halls and a number of interesting churches, including a Russian Orthodox domed church and a Moorish-Byzantine style chapel.

Just before the border with Spain is St-Jean-de-Luz, an active fishing port with plenty of historic character and charm, making it one of France’s loveliest seaside towns.

Properties for sale in Aquitaine 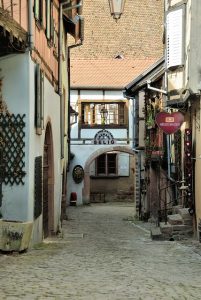 With the Rhine running down its eastern side, Alsace is a narrow, flat plain between the river and the Vosges mountains, studded with medieval fortified villages and vineyards producing white wines.

A lovely tour can be taken between Strasbourg and Colmar, stopping off at the medieval castle at Haut-Koenigsbourg, a mountain fortress which presents an incredible insight into 15th century life. Continue on to Riquewihr, the fortified medieval village known as the ‘pearl of the vineyards,’ and Kaysersberg, to taste the region’s world-class white wines. Just 5km beyond Colmar is the ancient village of Eguisheim, built around an 8th century fort and now an important wine-making centre. 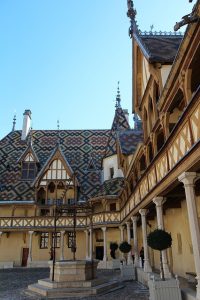 In the centre of France, Burgundy’s small department of Côte d’Or is best known for its fine wines. A 65km road trip from Dijon to Beaune and Santenay, in the south, takes you through some breathtaking scenery dominated by vineyards. At the commune of Vosne-Romanée, the world’s most collectible wine is produced, Romanée-Conti, a Pinot Noir of which only 600 cases are sold each year.

The beautiful town of Beaune is famous for its 15th century wine auction house, the Hospices de Beaune, which was once an alms house, providing charity for the poor, and still holds a candlelit charity wine auction every November. The final leg towards Santenay takes you past more beautiful wine countryside. Don’t miss the village of Volnay, with many chateaux offering cellar tours and tastings.

LANGUEDOC – FOR NATURE AND HISTORY 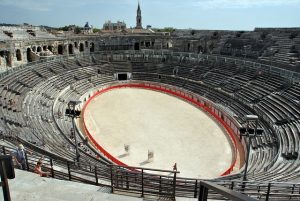 Within the triangle made by Arles, Avignon and Salon-de-Provence there are lots of vineyards, including the hilltop Les-Baux-de-Provence.

From Avignon, drive west to the medieval town of Uzes, with its large arcaded central square, historic monuments, broad tree-lined boulevards and lovely views across the countryside. From Uzes, drive south to Nimes, a beautiful well-preserved Roman city, including an amphitheatre, the 2,000-year-old Pont du Gard aqueduct and the exceptionally fine temple Maison Carrée.

Head further south through Arles and the protected Camargues wetlands, home of the famous wild white horses, and continue south-west to see Aigues Mortes, with its 13th century defensive walls and ramparts.

Properties for sale in Languedoc

Combine sight-seeing with history in this 350km road trip that follows Napoleon Bonaparte’s 1815 march from the coast to Grenoble on his way to overthrow Louis the 18th. This route is especially scenic, as Napoleon deliberately chose remote roads. Look out for signs and plaques commemorating Napoleon’s march along the mountain roads.

Essentially, this route takes you through Cannes, Grasse, Saint-Vallier-de-Thiey, Seranon, Castellane, Digne, Sisteron, Gap, Corps, La Mure and Grenoble. Highlights are the Provençal town of Grasse, the perfume capital of the world, and the pretty town of Castellane, on one of the most scenic segments of the trip, with hairpin bends and cliffside views.

Make a short detour to the Verdon Gorge, France’s very own Grand Canyon with 25 km of rivers and ravines to admire. 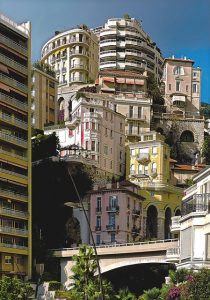 THE COTE D’AZUR – FOR WINTER SUN

Hug the coast between Marseille and Menton, near the Italian border, and stop off at the world-famous glamour spots of St-Tropez and Cannes, from where you can nip inland and explore the lovely villages of Mougins or St Paul de Vence. Take in the art museums in Nice, and enjoy the glitz of Monaco, before heading to the charming and more laid-back Menton. But be warned – the coastal road gets extremely busy in summer – this is a road trip that’s perfect during a sunny winter break.

Property for sale in Provence