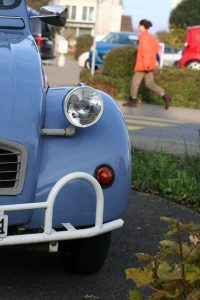 Invariably, when people visit France from the UK, they do so by car, crossing the Channel by ferry and then taking to the French roads for their annual summer holidays. Other than the obvious difference of driving on the right, what specific issues, from the permitted alcohol limit to mobile phone use, need to be considered? And for those living in France, what difference has Brexit made to the rights of British drivers? If you have to take, or even re-take a driving test, what can you expect?

By far the greatest difference on French roads is the concept of Priorité à droite. This is when drivers on a main road have to give way to those entering from the right. Even many French drivers find this one confusing, with both parties often slowing down out of caution. The signs to look out for are a red triangle with a black cross on it, which indicates that you have to give way to the driver coming in from the right. A yellow diamond inside a white diamond shape means that you have priority, but when there’s a diagonal black line through it you do not. 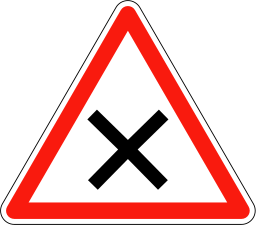 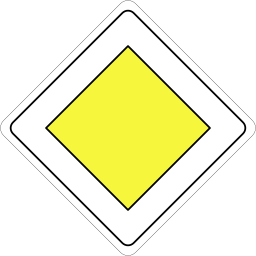 The permitted alcohol limit for driving in France is lower than that of the UK, at 0.5 grams per litre as opposed to 0.8 grams. This is the equivalent of just one large glass of wine. If you are stopped by the police and your level of alcohol is found at between 0.5 and 0.8 grams, you may be fined up to €135. If the level exceeds 0.8 grams, expect to spend two years in prison and to pay a maximum fine of €4,500. 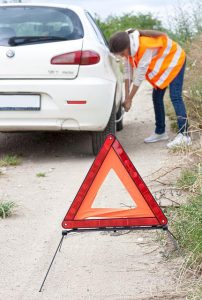 Mobile Phone Use and Headphones

It is illegal to use a mobile phone while driving in France, and not just texting or talking, but also holding it, looking at it and touching its screen or buttons. Doing so may incur a €135 fine and three points taken from your licence. Using headphones while driving is no longer permitted, but hands-free systems are allowed.

It is now mandatory to carry an approved warning triangle, or Triangle de Présignalisationé and a reflective security vest, or Gilet de Sécurité Réfléchssant, in your car, in case you have a breakdown or an accident. You must place the Triangle 30 meters behind your car to give oncoming cars warning, and wear the jacket when stepping out of your car. You must also put your hazard lights on – failing to take any of these measures may result in a €375 fine.

Getting a French Driving Licence

To the consternation of many British residents in France, the Brexit Withdrawal Agreement made no provision for driving licences, resulting in a state of flux and confusion, where applications for French driving licences were rejected. However, this changed in June 2021 when an agreement was finally reached. Anyone with a UK driving licence dating before 1st January 2021 may continue to drive on their licence until it expires, when they must apply for a French one. Driving licences acquired after that date are valid for one year from the date their residency permit, or Carte de Sejour, was issued.

Applications for French driving licences are made through the ANTS website (Agence Nationale des Titres Sécurisés) and are open to those whose licences have six months or fewer remaining or which expired during the Brexit negotiations. After you have applied you will receive an ‘Attestation de Dépôt Sécurisée’ which you can use while driving until you receive your new licence, which may take a few months.

Those who applied for a driving licence two or three years ago may well have found their applications were rejected while the post-Brexit regulations were being decided upon. While there is no legal obligation to do so, some even resorted to applying for a French driving licence from scratch, in a bid to keep ahead of the situation and stay in control.

Learners are allowed to drive in France from the age of 16, providing they are accompanied by an adult. They may take the test at 17 years and a half, but may not drive alone until they are 18. So what does the French driving test involve?

The Code de la Route is a written exam consisting of 40 questions. The pass mark is five mistakes or fewer. You can organise it either through an ‘auto-ecole’, or driving school, or through the online organisation ‘Ornikar’, for which the cost is €30. It’s worth investing a few weeks of hard study to accomplish this, and fortunately, you can take as many trial tests as you like. You are given 20 seconds per question, and need to gen up on both your French driving vocabulary as well as the rules of the road.

Once you are ready, you need to get an NEPH, or Numéro d’Enregistrement Préfectoral Harmonisé, which you obtain from the ANTS website. Photos are now communicated digitally through most photo booths, which give you a number to add to your application.

After a few days you can download your Attestation d’Inscription au Permis de Conduire which has your NEPH number on it and permits you to get an exam date and place. If you go through Ornikar this means paying another €30 and getting a place at an office of Code’nGo, a government agency.

Once you’ve taken the test, the results come in ten minutes. If you have more than the allowed 5 faults, you can take the test as often as you like.

While beginners need a minimum of 20 hours of lessons, those who have been driving before may have an hour’s evaluation before agreeing on a specified number of lessons. One British applicant – with 40 years of driving experience behind him – was offered 5 lessons, to be taken in the run up to the exam. For many, lessons become a chance to iron out any bad habits learnt over the years, such as not looking in the rear view mirror enough.

The biggest difference between a French driving test and a British one is that the instructor sits in on the test, and in some cases, the examiner and instructor will chat while you are driving. This may well be considered a part of the test – are you able to concentrate on the road while loud chatter is taking place?

The test lasts for 32 minutes, and there are 31 points on offer, with 20 needed to pass. Categories included are going at the right speed, taking on board all the roadside instructions, positioning yourself correctly, keeping a safe distance and obeying the Code de la Route.

Rather than being told on the spot, your result is made available online around three days later – this is due to too many candidates, unhappy at being failed, venting their feelings by attacking their examiners, despite penalties of 10 years in prison and a €150,000 fine. Anything construed as a threat against an examiner means you cannot retake the test for three years.

So instead, you need to stay patient and log on to the Sécurité-Routière website around three days later, where you will find a Bilan des Competences which lists your marks out of 31.

If you’re lucky, the first word will give away your result: ‘Félicitations’. 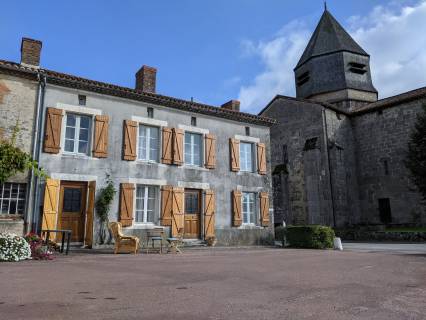 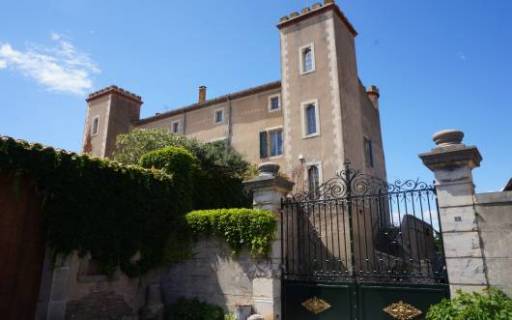