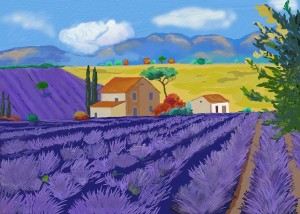 Provence is a region in southeastern France bordering Italy and the Mediterranean Sea, known for its diverse landscapes, from the Southern Alps and the Camargue plains to rolling vineyards, olive groves, pine forests and lavender fields. To the south is the Côte d’Azur (or French Riviera), where the elegant city of Nice and glamorous resort towns such as Saint-Tropez and Cannes line the coast.  Provence is divided into 6 departments: Alpes-de-Haute-Provence; Hautes-Alpes; Alpes-Maritimes; Bouches-du-Rhône; Var; and Vaucluse 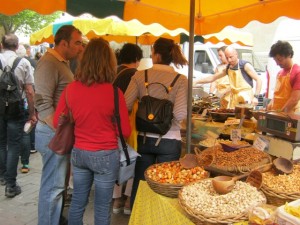 Provence is famous for its “perched” villages, lavender fields, olives and its sunshine and blue skies together with its fabulous colourful markets. Most of which can be found in the small area of the Luberon.  Where some of the prettiest villages in Provence can be found, all within a few kilometers of each other such as Roussillon, Gordes, Laurmarin, Menerbes, Bonnieux,  Lacoste and the most photographed Abbaye de Sénanque.  The area has inspired writings and subsequent films from its native French such as Marcel Pagnol (Jean de Florette et Manon des Sources and La Gloire de Mon Père and La Chateau de ma Mère) and the recently departed Peter Mayle ( A good year with Russell Crowe).  Its stunning scenery from Mont Ventoux and its many lakes and gorges such as the nearby Gorges du Verdon with the pretty village of Moustiers Ste Marie at its head.

Whilst the other end of the Luberon there is the chic village of L’Isle- Sur- La- Sourgue which is famous for its Antiques, it’s 300+ shops being housed in former Watermills and factory buildings a legacy of the days when the mills pressed grain and oil. On Sundays they are joined by stall holders that line the rivers edge which sell more affordable but more down market items (more bric- a- brac than antique) together with an enormous typical provencal market, where bargains can be found. For those wishing to furnish their homes in traditional Provencal style this is the place. 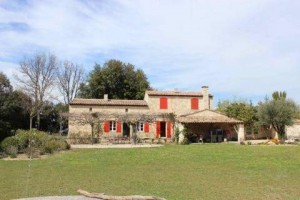 Here is one home that would be well suited to these type of furnishings –  A traditional Provencal stone property (Mas). In a stunning location set in 7 hectares of land with pool, small stables & beautiful landscaped gardens that include lavender, roses, boxwood, and truffle oaks and other woodland.  A true gem of a Provencal home: https://www.1st-for-french-property.co.uk/property/Provence/Alpes-de-Hte-Prov./Cereste/146389/

However within this relatively small area there exists what is known as the Golden Triangle (triangle d’or).  This is the area bounded by the villages of Gordes, Rousillon and Bonnieux 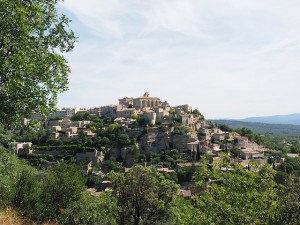 Gordes is considered to be the jewel in the crown of Luberon, one of the many perched villages located high up on rocky crags with magnificent views. These villages grew up around Medieval castles and were perched high to defend valleys and hilltops from the enemy.  Gordes sits at the foot of the Vauclause Montains where its defensive walls and gated entrance, steep narrow streets and arcaded passageways which wind through the village with quaint church and public fountain which is synonymous with all these villages has now become one of the trendiest places to live attracting many artists over the years and where second homes and swish hotels and restaurants are the order of the day, yet it remains unspoilt. 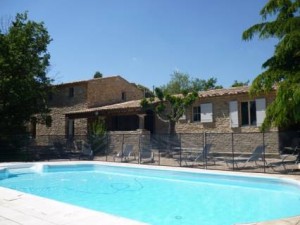 Considering how sought after Gordes is, this wonderful stone built gite complex very close to the village represents very good value for money.  At 695,000 Euros, this is a wonderful home with an income stream from the gite:  https://www.1st-for-french-property.co.uk/property/Provence/Vaucluse/Gordes/145651/

Gordes is also know for its ancient “Borie” village which was faithfully restored by archeologists in the 1970’s . These impressive complex stone properties, were once homes to shepherds and agricultural workers. 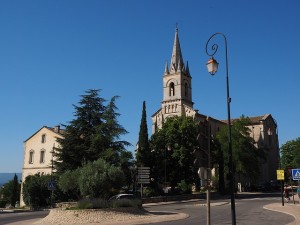 Perhaps one of the more well known hilltop villages thanks to Peter Mayle and Ridley Scott, Bonnieux is one of the prettiest villages in France.  A spiral of cobbled streets lead up to the medieval church which is the highest point in the village with fabulous views of Mont Ventoux  (the famous chalk top mountain feared and revered by cyclists and followers of the Tour de France) and neighbouring villages 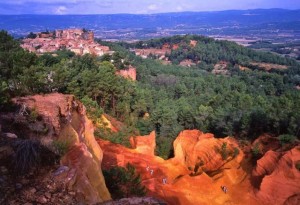 Another perched village at the foot of the Vauclause Mountains is considered to be one of the most impressive villages in France situated in the heart of one of the biggest ochre deposits in the world, it is famous for its red cliffs.  This village will seduce you with its charm, its maze of streets and squares with their ochre façade houses with shades subtly varying through from light yellow to bright red offset by brightly coloured shutters.     The houses in and all over the Luberon not just those in the golden triangle have a character of their own with traditional stone farmhouses (mas) and bastide  (country home)  dominating with terracotta tiles pastel coloured  shutters wrought iron work and walls in warm shades tinted with Ochre from Roussillon.  It’s not difficult to inderstand why one would choose to own a holiday home in the heart of the Luberon and when there is such good value property to be found, why not? 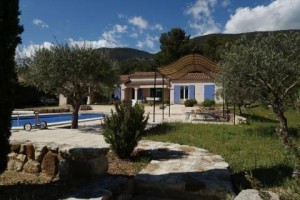 It’s hard to believe that this 4 bedroom villa, at the end of a small hamlet and discreetly set back from the road, with gated access, could be snapped up for less than £375,000 !!  https://www.1st-for-french-property.co.uk/property/Provence/Vaucluse/Rustrel/147542/

The area has much to offer and you will find a warm welcome in the villages.  All this and blue sky and sunshine more than 300 days a year

Be prepared to fall in love.

View all our properties for sale in Provence