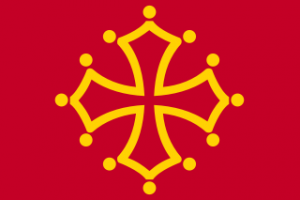 Where is Toulouse in France? It is the capital of France’s southern Midi-Pyrénées region The city is bisected by the River Garonne and only a short distance to the Spanish border. It’s known as La Ville Rose due to the pink terra-cotta bricks used in many of its buildings. Its 17th-century Canal du Midi links the river Garonne to the Mediterranean Sea to the south-east, and can be travelled by boat, bike or on foot. The city was founded 4th centuries BC by Celtic people called the Volques Tectosages.

Points of interest in Toulouse Region

The Midi-Pyrenees is one of the biggest regions of France, and there is plenty to discover in the Toulouse region:

The largest Romanesque church in Europe, the Basilica of Saint Sernin in Toulouse is notable for its imposing architecture and important medieval sculptures and frescoes.
Cité de l’espace
This scientific theme park dedicated to space and sky exploration will take you along a discovery tour of the Russian Mir station, Ariane 5 European rocket and Soyuz space vessel. Enjoy the planetarium and the Imax theater featuring a six floors high giant screen – from 50 euros.
Musée des Augustins
Located within a former Augustinian monastery, the artefacts cover the centuries from the Roman era through to the early 20th century. Musée des Augustins highlights included are the French rooms, with Delacroix, Ingres and Courbet representing the 18th and 19th centuries, and works by Toulouse-Lautrec and Monet among the standouts from the 20th-century collection. Don’t miss the 14th-century cloister gardens. 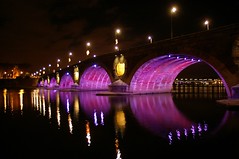 The renowned bridge, Pont Neuf, spans the Garonne River. Built over the course of several decades, it was finished in 1632 and links Toulouse’s Old Quarter with the Place St-Cyprien. Among the bridge’s main features are a series of historic arches with wonderful views of the city.
Théâtre du Capitole
It was inaugurated in 1737, and refurbished several times between 1817 and today. Around 1900 it was a bel canto temple, to rival the Liceo of Barcelona and La Scala of Milan. The Théâtre du Capitole remains one of the best-respected operas in France and one of the great international stages for opera and ballet.

Musée Canal du Midi
Canal du Midi stretches for 240 idyllic kilometres between Toulouse and the southern port of Sète on the Mediterranean, the Canal du Midi is one of the great waterways of southern France. Built in the 17th century and classified as a World Heritage Site since 1996, the canal links the Étang de Thau in the south with the Garonne River in Toulouse (meandering up to Bordeaux). It is well worth taking a trip upriver to the Musée Canal du Midi , which explores the history of the canal. It is located in the village of St-Ferréol, roughly halfway between Toulouse and Castres along the D2 and D622.

Living in Toulouse or a guest in the city? The gastronomy of the Mid-Pyrenees is well known – some of the finest foie gras is served here, along with pate, truffles and Toulouse cassoulet – a stew of goose or duck, pork and sausages and white beans with garlic and spices. Therefore it is no surprise that there are some great restaurants in the city – here is the Top 10.

Toulouse was founded 4th centuries BC by Celtic people called the Volques Tectosages. During the 1st century BC the Romans occupy it and give the city the name Tolosa. In 507 at the Battle of Vouille, the Visigothic king Alaric was defeated by the Clovis, the king of Franks, Toulouse consequently became a part of the Frankish kingdom.

At the beginning of the second millennium Toulouse was the capital of a quasi-independent county, technically under the sovereignty of the Kings of France. After the crusades Toulouse was firmly incorporated in the Kingdom of France.

The 15th and the 16th centuries were a time of prosperity for the city. Further prosperity was brought to the city with the creation of the Canal du Midi at the end of 17th century.

Since then aviation has been a huge influence on its history. Today Aerospace is massive for employment in the area. Aerospace Valley is a cluster of aerospace engineering companies and research centres centred on Toulouse.

Even if you are not an architectural expert, you can appreciate the splendour of Toulouse’s historic buildings. Walk the streets of Toulouse and admire medieval 16th-century buildings alongside 19th-century structures. Take the architecture tour and explore the hospitals, hotels, churches and plazas that make Toulouse a great tourist centre..

Need a Guide? Use your phone with this app: This self-guided walking tour is included in the iOS app “ City Maps and Walks (470+ Cities)”  in iTunes and the Android app “Toulouse Map and Walks”  in Google Play.

University has been spilt into 3:

Toulouse Pass
(Feb 2016 Prices quoted) The tourism pass provides free or discounted access to several of the city’s tourist sites, for one (19.5 €), two (26.5 €) or three days (33.5 €). Use it to travel on Toulouse’s whole transport network and take the shuttle to and from the airport.

What’s the best time to travel to Toulouse in France?

Here are some weather facts for Toulouse:

Flights to Toulouse from UK

Video Tour to the city of Toulouse