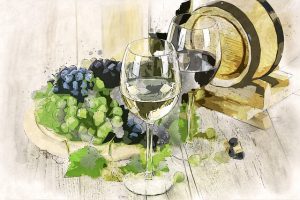 Most of us love to drink French wines, but how much do we actually know about them? Here is an overview of some of the classic French wine-producing areas and their wines.

With an estimated production of between seven and eight billion bottles a year, France is one of the world’s largest wine producers. The country is also the source of many grape varieties that can now be found the world over, and many regions can trace their wine production back to Roman times.

Wines can be identified either by grape or by region, known as terroir. There are hundreds of grape varieties, and the type of grapes used is more important than the vineyards’ climate or geography. While some wines are made of just one grape type, many are blended, with the most predominant type named on the label.

Some of the main grape varieties used in French wine-making are: 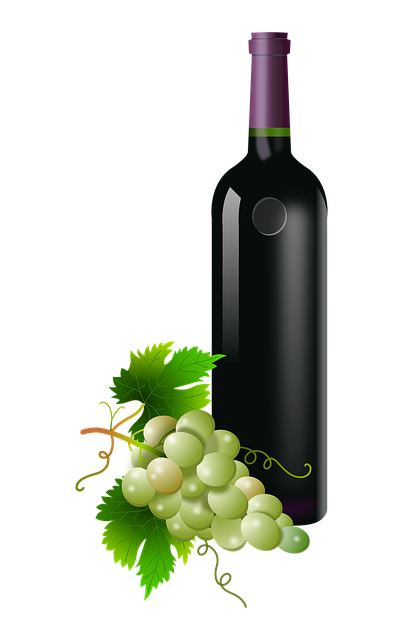 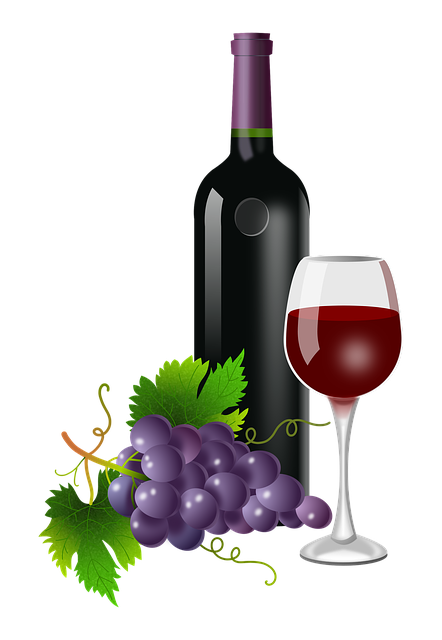 While most grapes grown in Alsace are white, Pinot Noir is used both as a red wine and in the sparkling wine Crémant d’Alsace.

South of Burgundy, Beaujolais has different wine-making traditions, and uses the Gamay grape, which is simple, purple-red, and bursting with fruit.

The famous Beaujolais Nouveau is available from the third Wednesday of every November. For a fuller-bodied wine, however, try Beaujolais-Villages, which comes from the area’s forty best villages. There are also ten Crus, of which the best known are Morgon, Fleurie and Moulin-A-Vent.

A very large area with varying soils and climates, the region of Bordeaux is divided into the Left and Right Banks, split by the Gironde river, which is fed by two smaller rivers, the Garonne and the Dordogne.

On the right bank of the Dordogne and the Gironde, the grapes used are Merlot, and notable wine producing villages are:

On the left bank are the Medoc and Haut Medoc regions, where Cabernet Sauvignon grapes are grown, and wine-producing villages to look out for are:

Between the two rivers is Entre-Deux-Mers, known for its white wines made from Sauvignon Blanc, Semillon and Muscadelle. More expensive whites, such as Graves, will be at least half Semillon, and have oaky, nutty flavours that need several years to mature. Semillon grapes are also used in sweet wines, such as Sauternes.

The famous wine-growing regions in Burgundy are Chablis, in the north between Paris and Dijon, Cote d’Or between Dijon and Lyon, Cote Chalonnaise and Mâcon, both in Saone et Loire.

View our properties for sale in Burgundy

The cool climate of the northerly Champagne region produces a sharp, fresh tang of not-too-ripe grapes. By law, Champagne has to be made by a specific Champagne Method, where the bubbles are the result of a second fermentation in each bottle.

Some Champagnes are made purely from Chardonnay, and are light, flowery, honeyed and fragrant, but more typically are two-thirds from black grapes, such as Pinot Noir or Pinot Meunier, topped up with Chardonnay.

These two large regions are in the south-west on the Mediterranean coast.

Languedoc is considered by some to be the producer of France’s New World wines, despite its wine tradition dating to Roman times. Mostly red wine is produced here, with Carignan grapes the typical backbone, but others used include Grenache, Mourvèdre and Syrah.

Small amounts of rosé are produced from Cinsaut, Syrah and Grenache grapes, and increasingly interesting white wines are now being made.

Fitou, Corbieres, Minervois, St. Chinian, Faugeres and Languedoc are the popular wines to choose from. Also look out for the sparkling Blanquette de Limoux and Crémant de Limoux.

View our properties for sale in Languedoc-Roussillon

There are four wine regions around the Loire River: The Pays Nantais, Anjou-Saumur, Touraine and the Central Vineyards.

View our properties for sale in Western Loire

Provence is best known for its rosé wine, usually a blend of Grenache, Syrah, Cinsault and Mourvèdre grapes.

Their reds are traditionally made using the Carignan grape, often blended with Grenache, Syrah, Cabernet and Merlot.

The more interesting, concentrated wines to look for are Bandol, Bellet, Cassis, Corbieres, Coteaux des Baux-en-Provence and Fitou. Producers in Bandol also make exceptional rosé wines from younger vines not yet ready to be used in red wine.

View our properties for sale in Provence

The Rhône River starts from the Alps and flows down through Valence and Avignon, ending in the Mediterranean near Marseilles. The area is generally split into two parts: the Northern Rhône and the Southern Rhône.

Côtes-du-Rhône wines are likely to be blends. Better wines come from the eighteen villages that are allowed to add their names to the labels, such as Beaumes-de-Venise, Gigondas, St-Gervais, Vacqueyras, Valreas and Vinsobres.

View our properties for sale in Rhône-Alpes

Characterised by big, flavourful red wines using the Syrah grape, redolent of raspberries or blackcurrants when mature, the most famous of which is Hermitage, known for its big, intense, smoky flavours. For a less expensive wine, try St. Joseph or Crozes-Hermitage.

The Vin de Pays Collines Rhodaniennes from the Rhône Valley are made from Syrah, Merlot, Gamay and Viognier and can be delicious and more affordable.

Half to three-quarter of the reds produced are made using the Grenache grape, with strawberry and peppery-spicy aromas, but increasingly Syrah grapes are used for extra flavour and firmness.

Many wines here are GSM blends, short for Grenache, Syrah and Mourvèdre.

Other grapes, such as Cinsault and Counoise, may be used, and no fewer than thirteen different grapes are allowed in the blend for Châteauneuf-du-Pape.

White wines are often blends of Grenache Blanc, Marsanne, Roussanne and Viognier, though a few other grapes are also allowed.

Southern Rhône wines to look out for include:

This area, south-west of Bordeaux, produces many Bordeaux-style reds and whites, influenced by the Atlantic and the Basque region. The main grapes used include Muscadelle, Sauvignon Blanc, Semillon, Cabernet Sauvignon, Cabernet Franc, Malbec and Merlot.

Wines to look out for include:

What do the Classifications Mean? 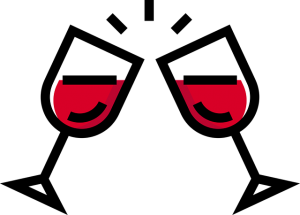 Less expensive table wines are known as Vin de Pays, and state a specific region, eg Vin de Pays d’Oc from Languedoc-Roussillon. These wines are subject to less restrictive regulations than AOC wines. At the cheapest end is Vin de Table, which only states the producer and that it comes from France.