Disneyland France (Paris), originally named Euro-Disney, provides a great family vacation, while allowing the family to also enjoy the city of Paris about 20 miles distant at Marne-la-Vallee. The atmosphere is so magical you feel like a child again!

There are seven hotels right inside Disneyland Paris, featuring rock n roller coaster, sports and leisure facilities, Disney village, including swimming pools, exercise rooms, tennis courts and pony rides. They also offer guests a further opportunity to meet the Disney Characters. Packages, which include a two-night stay with a three-day pass, are also available. There are also several hotels which recently opened a short drive from the park. 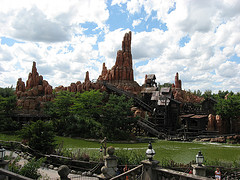